CHAPTER 1: THE HISTORY OF EDM

Anyone who has ever seen what happens when a bolt of lightning hits the ground has seen the working force of Electrical Discharge Machining (EDM) in its most primitive form (figure 1-1). In the classical Roman age, it was thought that the god Vulcan was forging swords, thunder being his hammer blows and lightning the sparks created by the force of the blow. This classical belief is really not very far from the facts of the EDM process. 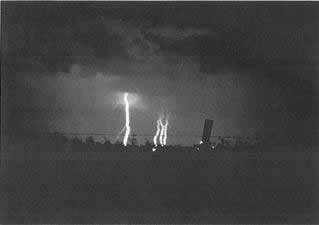 Figure 1-1. EDM on a titanic scale. Lightning is energy from an electrode (cloud), through a dielectric (air), to a workpiece (the closest object).

The Early Days
Spark erosion devices began to find their way into the machine shop during the period between World Wars I and II. No one was using the primitive technology as a production tool, but as a less damaging, more cost effective alternative to conventional methods of removing harder material tools such as broken drill bits and thread taps from valuable machined parts. These rudimentary spark erosion tools were extremely inefficient and difficult to operate. As much electrode material was eroded as was metal, and the hand operated feed systems resulted in more arcing than sparking (figure 1-2).

This was the basic state of affairs in EDM in the U.S. throughout World War II. Two Soviet scientists, however, were convinced that many more improvements and applications were possible. Doctors B.R. and N.I. Lazarenko first applied the two improvements that caused EDM to take its place in the machine shop as a tool in its own right. 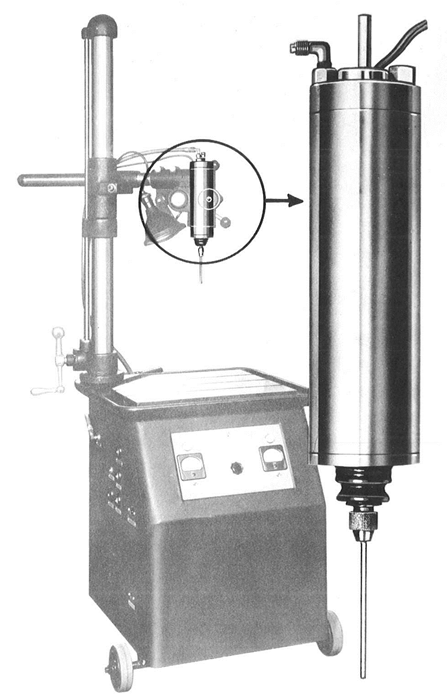 Figure 1-2. During World War II, a "tap buster" like this one was used to salvage valuable parts. Some of the companies that built them went on to develop true EDM machines after the war. (Courtesy of Elox, An Agie Group Company; Davidson, North Carolina)

The first of these improvements, the RC relaxation circuit, provided the first consistent dependable control of pulse times (figure 1-3). This led to the discovery that certain electrode-to-workpiece distances produced faster cutting than others. The second Lazarenko innovation that helped get EDM out of the category of an occasional repair device was the addition of a simple servo control circuit to automatically find and hold a given gap. With these two improvements, EDM came into existence as a production machine tool, capable of accurate, dependable, consistent results.

Figure 1-3. The most basic EDM circuit. The application of this circuit to EDM provided the foundation of the modern EDM industry.

EDM Comes of Age
Obviously, there were many improvements yet to come, and here the focus shifts back to the United States. Word of the Lazarenkos' experiments was received in the U.S. with a great deal of interest, and it wasn't long before full scale development efforts were underway to improve the basic design. Much attention was focused on just what took place in the gap. The basic theories developed during this period are still debated, though it is generally conceded that the truth of what happens in the gap contains elements of all the major theories.

With attention focused on the now controllable gap, the fifties became the decade for the development of the power supply. Vacuum tubes were employed to provide Direct Current (DC) pulses of controllable duration which, when combined with the RC relaxation circuit, made cutting possible at higher currents with improved electrode wear resistance (figure 1-4). Vacuum tubes, however, could neither carry enough current nor switch fast enough to allow for accurate control of "on" and "off' times. 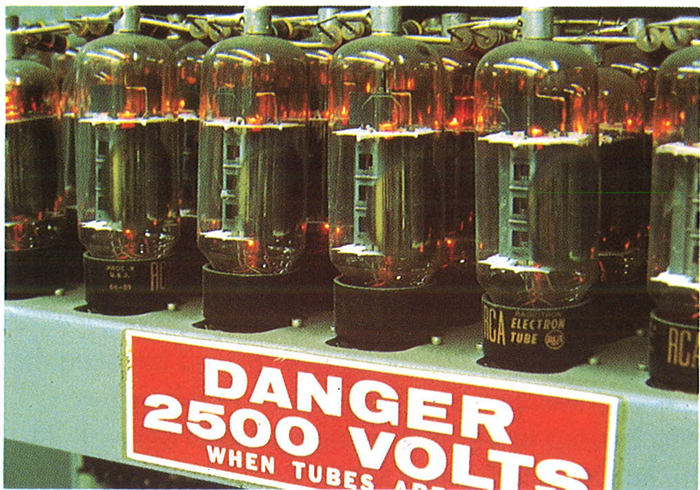 The development of the transistor changed all of that. Solid state devices were capable of delivering high currents and could switch on and off far faster than the vacuum tube. Solid state circuits were rapidly developed which could control not only the duration of the spark (on-time), but also the length of the pause (off-time), amount of current, and the delivery of the pulse to the electrode (figure 1-5).

The basic EDM system was complete. Now accurate, dependable, consistent results were achievable and the EDM industry began to grow.

Figure 1-5. Higher currents and high speed switching came to EDM with the introduction of the solid state power supply.

EDM Competes With Traditional Machines
Orbiting, Wire Cut EDM, CNC (Computer Numerical Control), rotating quills, automatic tool changers, and adaptive controls represent the evolution of EDM from "black art" to an accepted, rapidly developing technology. These advances have made EDM machines much easier to operate and have improved the accuracy and surface finish that can be produced. Although they do not operate at speeds equivalent to conventional milling and grinding machines, EDM speeds have significantly improved. One of EDM's attractive features is unattended operation, which can make EDM very cost competitive with traditional machining methods.

The key to unattended operation is the latest type of adaptive controls that monitor the conditions within the gap and avoid DC arcs (figure 1-6). Unstable machining conditions are sensed and adjustments are automatically made to stabilize conditions in the gap before cutting resumes.

DC arcing is a very damaging condition that is caused by removed material and electrode debris clogging the gap and creating a direct circuit that can damage or destroy the electrode and the workpiece (figure 1-7). Now that DC arcing has virtually been eliminated, EDM machines can be left unattended for extended periods of time. 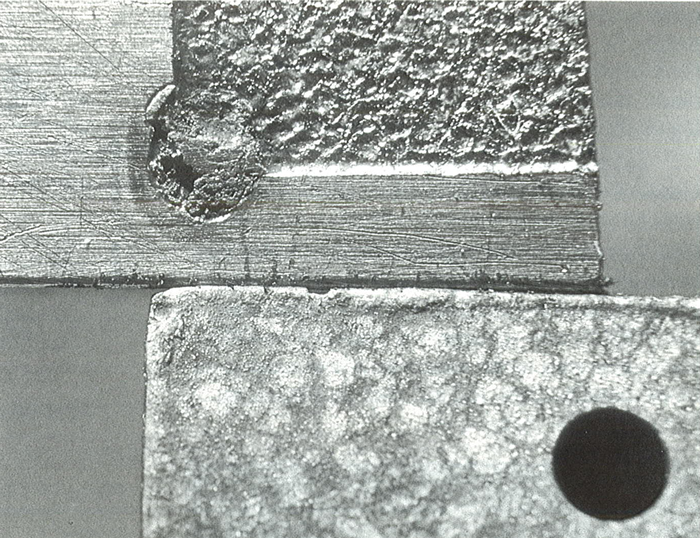 Figure 1-7. Results of an arc. In seconds, a valuable electrode and workpiece are rendered useless.

EDM has now become a desirable process to many designers and manufacturing engineers. Machine shops are starting to consider EDM in place of traditional machining methods and to use EDM to complement existing grinding and milling machines. EDM excels for cutting hard and tough-to-machine materials. This noncontact machining process makes the creation of fragile and thin-walled parts possible.

With improved and expanded technology, competition became keen in all facets of EDM. Electrode materials began to come under scrutiny in the 1960's, and experiments to find more cost effective, machinable materials with higher wear resistance were taking place. Graphite was being used as an electrode material by the mid-1960's, but it accounted for only a small portion of the total electrode market. The graphite available at the time was inexpensive, easy to machine, remained solid at far higher temperatures than most metals, and exhibited better wear resistance than common metals. On the other hand, it could not be machined to close tolerances, varied in quality from piece to piece, and performed somewhat differently depending on the grain orientation in the graphite electrode.

In 1964, Poco Graphite, Inc. introduced a unique new type of graphite which eliminated or reduced all of these problems. POCO did not, at the time, foresee just how important a part it would play in the growth and development of the EDM industry. As field testing continued, it became obvious that POCO's new generation of graphites would be just as important as the solid state power supply, the servo controlled ram, and the other developments that preceded it (figure 1-8). 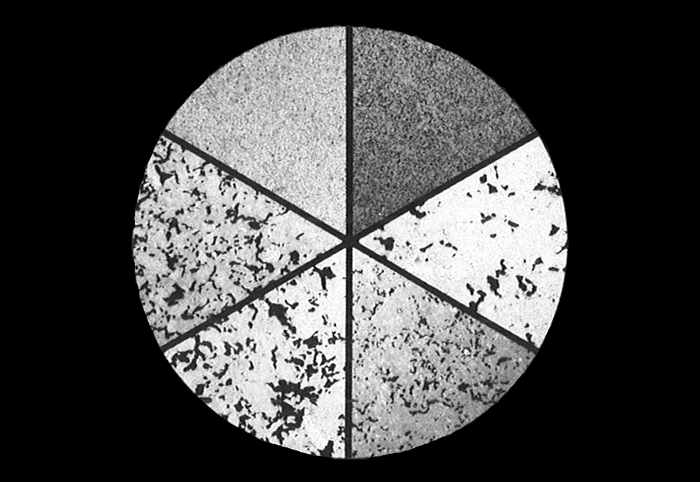 Figure 1-8. The "POCO Pie," symbol of the advanced graphite materials that revolutionized EDM in the U.S.

The rapid and enthusiastic reception of POCO graphite in the field led to the establishment in 1969 of the POCO EDM testing program. The most ambitious, long running and comprehensive electrode testing program ever undertaken is still yielding important data over four decades later. POCO EDM scientists work together with machinists using the EDM process to constantly update information about electrode/workpiece interaction.

This dedication brought about a revolution in electrode materials use in the U.S. When POCO first introduced its high-strength, uniformly structured, isotropic, Ultrafine graphite to the EDM industry, more than 80 percent of the electrodes were metallic and less than 20 percent were graphite. By 1984 the figures were reversed, a tribute to the superiority of advanced graphite materials and the development of the EDM industry (figure 1-9).

Figure 1-9. As the word of the new electrode materials spread, the use of metallics declined, until the original situation was reversed.

The power supply provides a pulsed DC output to the electrode/workpiece system. On-times and off-times are set manually, along with voltage and current values. When the EDM machine is turned on, the servo microprocessor, sensing that the gap is too wide for cutting to take place, signals the servo mechanism to lower the ram head.

When the first spark jumps the gap, downward travel of the ram head stops. With the gap setting held constant, the process gradually erodes the surface. When enough metal has been removed to change the gap distance, the microprocessor senses this and signals the servo mechanism to advance the ram head sufficiently to maintain the proper gap width and the process continues. 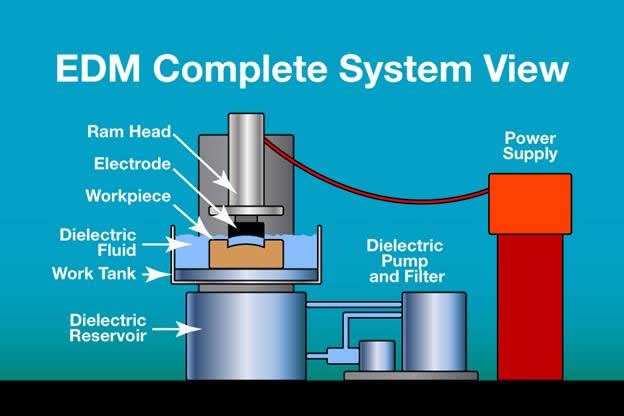 Since orbiters on manual machines operate independently, problems in the gap will cause the electrode to be retracted and work stopped until the operator clears the gap and restarts the system.

CNC EDM
In the 1980's EDM machines were equipped with computers that could be programmed to control the complete machining operation. These machines were designed for unattended operation.

Working coordinates for X, Y, and Z axis motion of the machine's ram head were programmed into and controlled by these new computers, not by operators manually setting controls. Using newly developed adaptive power supplies, conditions within the gap could be monitored and automatic adjustments made to resume or maintain stable machining conditions. During marginal machining conditions, the off-time was automatically lengthened to allow more time for the dielectric system pump and filter to recover and remove particles.

In the 1990's computer controls were expanded to include evaluation of all machining conditions. Automatic adjustments of amperage, on-time, off-time, servo, and other settings improved machining efficiency. Advancements were made in finishing circuits and orbiting controls. Multiple job coordinates could be programmed along with indexing and rotation of electrodes or workpiece.

Electrode wear could be measured, the electrode dressed, and machining coordinates adjusted without operator intervention. On-machine inspection with probes could check the electrode and the cavity.

Automatic tool changers allowed the machine to select and change electrodes to continue cutting without operator intervention. With the addition of robotic workpiece handling devices, EDM has moved into new manufacturing areas.

The newest EDM machines simulate the functions of a highly skilled operator to obtain optimum results in an unattended mode. These advancements yield consistent results which have helped bring EDM into more segments of the manufacturing industry (figure 1-11). 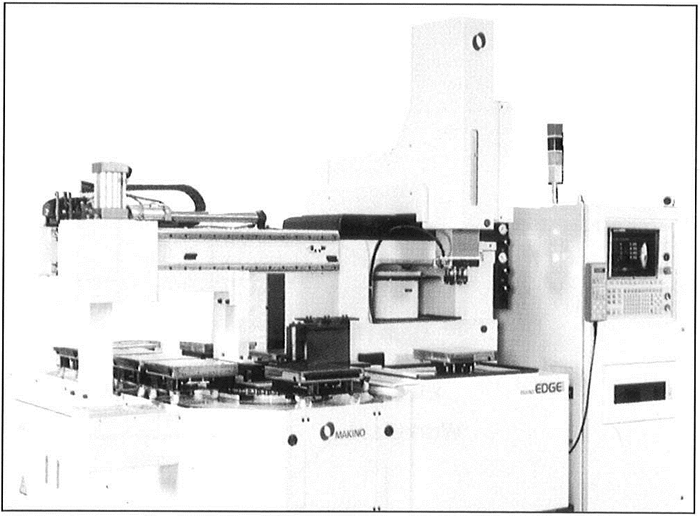